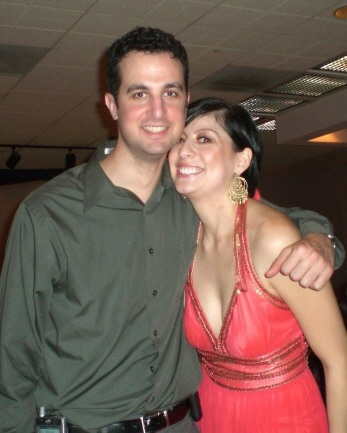 I was very fortunate to have known Greg for the past 5 years. Greg’s charm was undeniable, as was his humble and kind heart and I will always cherish every moment spent with him.

I met Greg during the summer of 2005, when he was a brand-new intern at Stanford. I worked in the cardiothoracic intermediate ICU and we frequently shared patients. I thought I was helping out by “translating” for the patient and Greg in Spanish. He let me do this for about 5 minutes before he started speaking his eloquent Spanish. I was amazed, and embarrassed at the same time (that his Spanish was so much better than mine, and I’m a native speaker)… This was my first encounter with him and I always joked and reminded him about how he made me suffer through my terrible Spanish in front of the patient.

We became instant friends and I always called him “Goyo” (Spanish nickname for Gregorio). I knew that he was new to Stanford and to CA and I frequently invited him to outings (salsa dancing, BBQ’s, birthday parties) and to my surprise, he would show up most of the time. I’d like to share the attached photographs (a BBQ at my house in 2006, my sister’s 15th birthday party in March 2007, and a random salsa dancing night in 2007).

I have a younger sister with a developmental disability and one of my most treasured memories of Greg is when he showed up to her 15th birthday party with a gift for her. I found this VERY touching. I always admired his genuine personality, compassion, humor and I am glad that I always told him how great he was and that he was able to take that with him. These past couple of weeks have been extremely difficult and there has not been a day that goes by and I don’t think of him. I am slowly finding peace in my heart and I hope the same for you.

Please join us in supporting